AAPG E-Symposium Series.The overall objective of this course is to review the petrophysics of shales and organic rich shale associated with carbonates. The course will review core data, petrophysical comparisons, rock physics modeling (including pseudo logs and mechanical properties). 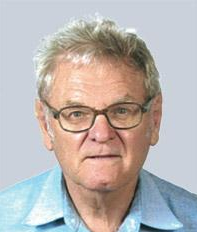 Michael Holmes, with Digital Formation, Inc., Denver, CO, has a Ph.D. in Geology from the University of London and a M.Sc. in Petroleum Engineering from the Colorado School of Mines. He began his professional career with British Petroleum and then joined Shell Canada. Subsequently, he was a Research Scientist in Marathon's Denver Research Center. For a brief period, he was Exploration and Production Manager for Berry Wiggins in London. In 1974, Dr. Holmes joined H. K. van Poollen and Associates, Petroleum Consultants, as Vice President in charge of North American consulting activities. Additionally, Dr. Holmes was an instructor in a wide range of petroleum courses including geology, well logging, and petroleum economics. In 1978, Dr. Holmes established his own consulting practice, involving petrophysics, technical due diligence, consulting to the United Nations world-wide, expert witness activities, and instructor to IHRDC and the University of Brunei. In 1998, Michael combined consulting activities with software development, to form Digital Formation, Inc. From 1998 to the present, most of Michael's work has been petrophysical analysis and reservoir characterization in reservoirs world-wide. More recently, Digital Formation has developed extensive petrophysical algorithms including rock physics, capillary pressure, and the analysis of unconventional reservoirs.