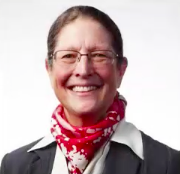 Dr. Eve Sprunt is the author of A Guide for Dual-Career Couples: Rewriting the Rules, which was published by Praeger in May 2016. She is a consultant with 35 years of experience working for major oil companies (Chevron and Mobil) in research, business development and managerial roles including managing Chevron’s university recruiting and philanthropy, climate change policy, venture capital, and alternative energy research. Eve is the President Elect of American Geoscience Institute and the First Vice President of the Society of Exploration Geophysicists. She was 2006 President of the Society of Petroleum Engineers (SPE) and received SPE’s highest honor, Honorary Membership, in 2010. In 2013 she was honored by the Society of Women Engineers with the Achievement Award, which is their highest award. She was the founder of the Society of Core Analysts. Her S.B. and S.M. degrees are from MIT (Earth and Planetary Sciences) and she was the first woman to receive a Ph.D. in Geophysics from Stanford.

The coupon code you entered is expired or invalid, but the course is still available!
Unlimited Access