SPWLA Distinguished Speaker Series: 2019-2020. Deepwater reservoirs often consist of highly laminated sand shale sequences, where the formation layers are too thin to be resolved by conventional logging tools. To better estimate net sand and hydrocarbon volume in place, one usually needs to rely on high-resolution borehole image logs, which can detect extremely fine layers with thickness of several millimeters.

Traditionally, explicit sand counting in thin beds has been done by applying a user-specified cutoff on a 1-D high-resolution resistivity curve extracted from electrical borehole images. The workflow generally requires meticulous image QC, multiple pre-processing steps and log calibration, and the results are often highly sensitive to the cutoff selection, especially in high-salinity environments, where resistivity in pay sand can be very close to that in shale. In oil-based mud (OBM), accuracy of the cutoff method is further limited by the presence of non-conductive mud cakes and possible tool artifacts.

This paper presents a new method that estimates sand fractions directly from OBM borehole images without extracting an image resistivity curve. The processing is based on an artificial neural network, which takes a 2-D borehole image array as input, and predicts sand fractions by applying a non-linear transformation to all the elements, i.e., electrical measurements from all button electrodes. A cumulative sand count can be computed after processing the borehole image logs foot by foot along an entire well. The neural network is trained on a large dataset with example images of various degrees of laminations, labeled with sand fractions identified from core photos. Upon testing, a good match has been observed between the prediction and the target output. The results have also shown advantages against another sand counting method based on texture analysis.

The described method offers new opportunities of quantifying thin sands in the absence of cores, which can be used to improve petrophysical interpretation in laminated reservoirs. With appropriate tuning, a pre-trained network model could also be generalized to applications in new wells or even new fields with similar depositional environments. 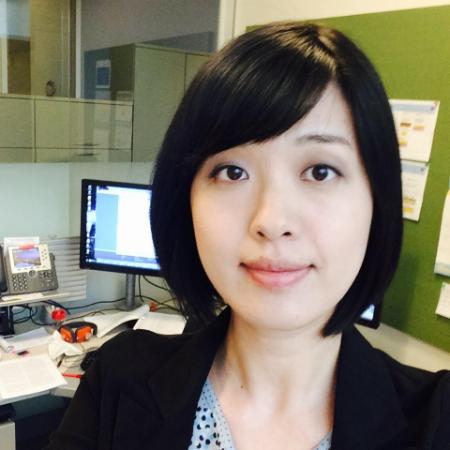 Bo Gong is a research petrophysicist with Chevron ETC. She received her PhD degree in Electrical Engineering from the University of Houston in 2014. Her research interests include borehole imaging technologies, image processing and interpretation techniques, and electromagnetic logging tool modeling.