We have developed a tool to drill core samples which is recording in-situ stress information around a bottom of a borehole. When the core is cut from the bedrock, it is released from the in-situ stress and expands slightly in the radial direction. Using this principle, the in-situ stress can be determined from the elliptical shape of the core cross section (Funato & Ito, 2017). However, the difference between major and minor axes of the ellipse only provides the difference between the maximum and the minimum in-situ stress, but the magnitude of each stress component cannot be determined. This is because the core diameter d0 before expansion is unknown.

To solve this problem, we proposed the coring procedure using the "Dual core-bit tool" so that the shape before expansion is retained in part of the core. That is, after digging a groove (outer groove) in the borehole bottom by the outer core-bit, cut a smaller diameter core by the inner core-bit in a same way as a normal coring. As a result, the shape before expansion remains in the upper part of the core, and the shape should expand due to stress relief in the lower part deeper than the outer groove. According to this concept, we made a prototype of the dual core-bit tools and conducted the first field test at Kamioka mine in Gifu, Japan. This paper describes the mechanism of the tool and the results of the field test. 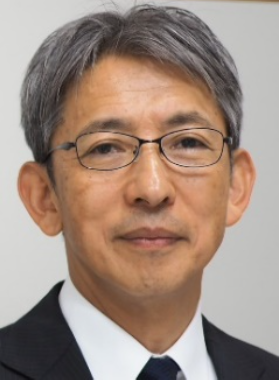 Kazuhiko Tezuka is the president of Technical Division of Japan Petroleum Exploration Co., Ltd (JAPEX). He joined JAPEX in 1983 after he graduated from a faculty of engineering at Tohoku University. He worked as a visiting scientist at Earth Resources Laboratory at Massachusetts Institute of Technology in 1993-1994. He received his Ph.D. from Tohoku University in 1997 in earth resources engineering. His research interests include characterization of fractured reservoirs, microseismic monitoring and geomechanical modeling for exploration and development of unconventional oil/gas, geothermal resources and CCS/CCUS. He served as a president of the Japan chapter of the SPWLA for 2011-2015. He was the president of Geophysical Surveying Co., Ltd., a subsidiary company of JAPEX for 3 years from 2018 to 2021.