Azimuthal(az’l) seismic analyses give rise to better imaged data and insights into the in-situ stress field and the aligned porosity (fractures) that flow fluids. Ignoring azimuthal seismic information, which in the past was quite easy to do, is now inexcusable because of vast improvements in: (a) platforms to view, map, and analyze az’l prestack or partial stack data; (b) acquisition (more data); and (c) processing algorithms (e.g., orthorhombic prestack depth migration [PSDM]).

Understanding the past gives insight into today. In 1986, the first “Anisotrophy” session of the SEG Annual Meeting featured five paradigm-shifting Amoco papers and one paper from Stuart Crampin, an early anisotropy pioneer. The Amoco papers documented six years of confidential applied research into shear-wave splitting, as visible in S-wave reflection seismic data. Shear-wave splitting, specifically, the two different shear moduli for vertically propagating S-waves, and more generally, the effects of aligned porosity (vertical penny-shaped cracks or squashed vertical pancake porosity), is the cause of azimuthal variations in seismic measurements. The porosity geometry is the root cause of shear-wave splitting and all azimuthal P-P seismic. The P-wave velocity depends on the bulk modulus and the shear modulus (as influencing various elastic constants): when these moduli vary by azimuth and angle of incidence, then the P-wave velocity varies by azimuth and angle of incidence.

In 1995, Lynn et al. published the case history of two orthogonal 2D 9C lines, deliberately laid out in the principal planes of the az’l anisotropy: one line parallel the maximum horizontal stress (N30W) and fracture parallel, and the other line perpendicular to that direction, in the Bluebell-Altamont field, Utah [US DOE Contract No. DE-AC21-92MC28135]. The S-S reflections traveled as S1-S1 or S2-S2 depending on the azimuth of their particle motion (SH or SV). The birefringence of the rock layers was directly measured in the difference between the S1 versus S2 interval traveltimes between key reflectors. In the Upper Green River (the zone of interest), the az’l change of the PP AVA gradient at the tie-point was proportional to the contrast in S-wave layer-birefringence (contrasts in fracture density) at the boundary. In the following decade, the AVA gradient change by azimuth (AVAZ) became an industry standard for detecting and describing natural fracture sets.

Closer to the present, in 2017, the use of az’l anisotropy to obtain better imaged 3D P-P reflection seismic has been most recently demonstrated in 4C 3D offshore Vietnam and Bohai Bay: both complex geology settings. Lynn and Goodway (2018) published az’l P-P reflection seismic amplitudes wherein the effect of vertical aligned porosity in a naturally fractured carbonate oil reservoir has a specific effect upon the az’l variation of the gradients as well as the near-angle (6-20° incident angles) amplitudes. In the Bluebell-Altamont 1995 data set, az’l variation in the P-P near-angle amplitudes at the tiepoint was also observed, below the zone of interest. The az’l variation of the near-angle amplitudes is currently controversial. More geophysicists need to examine their own az’l seismic, with calibration data, and publish!

The future: as affordable compute power continues to increase, the ability to view, analyze, and process 3D P-P data from 0 to 360° shall become the norm, especially in complex geology settings. Continual improvements in imaging will drive this advance. Furthermore, the ability to record, analyze, process, map, and interpret the effect of dipping aligned fractures (that is, “dipping faults,” aka “growth faults”) shall be realized: at first through the P-S1, P-S2, reflections (already processed from azimuths 0-360), and also by the P-P reflections processed 0-360 and tied to the P-S1 and P-S2 reflections. We will learn how to better remove the effect of the birefringent near-surface (weathering layer, or top ~1000 ft). 4D seismic shall routinely become time-lapse azimuthal seismic because the most compliant (easily changed) part of the rock-pore-fluid system is the pore-fluid space. The pore space and the pore shape change when fluids are removed or introduced into a reservoir. Along tectonic plate boundaries, stresses alter with time – this alters the pore geometry (the fracture populations) so time-lapse azimuthal seismic shall become stress-monitoring. People don’t like no-warning earthquakes.

The world is filled with new and exciting opportunities. With each new technology advance, new production is discovered. In the 33 years since the first SEG session on anisotropy, we have made a good start, but the best is still to come. All explorationists are incurable optimists; it is a job requirement! 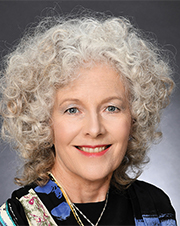 Heloise Bloxsom Lynn is a geophysical consultant and instructor with Petroskills and Nautilus World. She started working in seismic reflection data in 1975, processing U.S. onshore data for Texaco in Houston. Lynn worked for Texaco, Amoco, BP, and then in 1984, she and her husband, Walt, formed Lynn Incorporated. Her consulting experience includes working in North America, Hungary, Qatar, Kuwait, Saudi Arabia, Pakistan, Australia, Thailand, China, and Japan. She specializes in the use of 3D multiazimuth and/or multicomponent data to obtain structure, lithology, porosity, pore fluids, in-situ stress, and aligned porosity (aka natural fractures). She also includes conventional VSP data processed for split-shear waves in these projects because there is nearly always a source-generated S-wave or a near-source mode-converted S-wave, and/or mode-conversions at impedance boundaries. In the fall of 2004, she was the SEG/AAPG Distinguished Lecturer, speaking on “The Winds of Change – anisotropic rocks, their preferred direction of fluid flow, and their associated seismic signatures.” 2014 brought an Honorable Mention, Best Paper, SEG Annual Meeting to H. Lynn, W. Lynn, J. Obilo, V. Agarwall, “Azimuthal prestack depth migration for in-situ stress evaluation, in a fractured carbonate oil reservoir: predrill prediction of instantaneous shut-in pressure gradients.” A 2015 SEG award citation: “Heloise Lynn was presented the Reginald Fessenden Award for her 35-year career of translating the anisotropic behavior of seismic waves into practical applications that allow stress fields, fracture systems, and geomechanical properties to be characterized in targeted rock systems. She has described her research findings in many oral presentations and in 47 published papers that collectively create an invaluable knowledge base for scientists, researchers, students, teachers, and exploration geophysicists.” In 2016, she presented the Geophysical Society of Houston webinar, “Applied Azimuthal Anisotropy - Azimuthal 3D P-P Seismic: Why Bother?” In 2017, she was invited back to present “Basics and Updates on Anisotropy: Azimuthal P-P for Better Imaging, Fractures & Stress Analysis -- Acquisition, Processing & Interpretation.” Both webinars are available through SEG. She earned a BA in geology-math from Bowdoin College, Maine; an MSc in exploration geophysics from Stanford University; and a PhD in geophysics from Stanford University. She is a member of SEG, EAGE, the Geophysical Society of Houston (GSH), AAPG, and SPE.

Azimuthal P-P seismic measurements: Past, present, and future
Available in days
days after you enroll