In recent years, we have witnessed great achievements accomplished by artificial intelligence (AI) and/or machine learning (ML) in various areas such as e-commerce, computer vision, social media, self-driving cars, natural language processing, and healthcare. Driven by the advances in the GPU technology, cloud computing, and the rapidly increasing data volumes within the geoscience applications, the energy industry has recognized and embraced the tremendous potential of AI/ML. Early research and development utilizing these algorithms for geoscience applications have shown encouraging and promising results. In this webinar we will discuss the potential and challenges of AI/ML practice for wellbore workflows, as well as the successes and failures to date. Specifically we will show the values of applying AI/ML for digitizing raster log, and automating log QC, log correlation and log interpretation workflows. 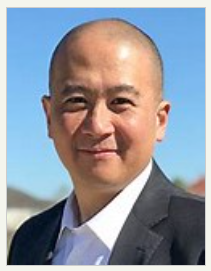 Aria Abubakar was born in Bandung, Indonesia. He received an M.Sc. degree in electrical engineering in 1997 and as well as a Ph.D. in technical sciences in 2000, both from the Delft University of Technology, The Netherlands. He joined Schlumberger-Doll Research in Ridgefield, CT, USA in 2003, where he remained for 10 years, ending his tenure as a scientific advisor and the manager of the Multi-Physics Modeling and Inversion Program. From 2013 until mid-2017, he was the Interpretation Engineering manager at Schlumberger Houston Formation Evaluation in Sugar Land, TX. From mid-2017 until mid-2020, he was Data Analytics program manager for Software Technology and then Head of Data Science for the Schlumberger Exploration and Field Development Platform based in Houston, TX. Aria is currently the head of Data Science for the Digital Subsurface Solutions. His main responsibility is to oversee and coordinate the utilization of artificial intelligence, machine-learning and data-analytics technology for subsurface applications throughout Schlumberger. Aria was the 2014 SEG North America Honorary Lecturer and the 2020 SEG-AAPG Distinguish Lecturer. He holds 40 U.S. patents/patent applications, has published five book/book chapters, and written more than 90 scientific articles in journals, 200 conference proceedings papers, and 60 conference abstracts.