Mafic intrusive complexes are common features of sedimentary basins across a range of tectonic environments, often comprising networks of interconnected sheet intrusions (e.g. sills, laccoliths and dykes) that have facilitated the transfer of magma over considerable lateral and vertical distances to shallow basinal depths. This presentation will highlight some recent advances in our understanding of such intrusive complexes, and the attendant ramifications for hydrocarbon exploration. Well data from the Faroe Shetland Basin indicates that the majority of intrusions in basins have thicknesses below the level of vertical seismic resolution, with important implications for drilling and basin modelling. Seismic and well data from the Bass Basin shows that even thick mafic intrusions may be difficult to detect on seismic data under certain circumstances, making their pre-drill prediction challenging. This presentation will also address the impact of intrusions on source and reservoir rock quality, with specific emphasis on the fluid flow properties on intrusions. Mafic intrusions and generally considered to be barriers to subsurface fluid flow, but there is growing evidence that intrusions can retain fracture permeability at burial depths >4 km. This represents an opportunity in terms of additional migration pathways, but also a challenge as thin intrusions, below the level of seismic detectability, can potentially represent unanticipated drilling hazards. The presentation will also include a case study using 3D seismic data from the Exmouth sub-basin which illustrates how intrusion morphology is influenced by host-rock lithological properties and pre-existing faulting. 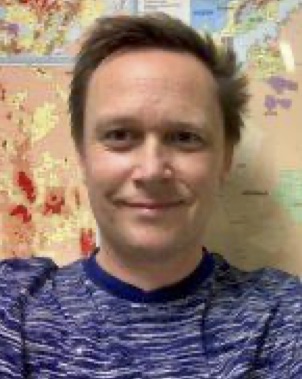 Simon Holford is an Associate Professor of Petroleum Geoscience at the University of Adelaide’s Australian School of Petroleum and Energy Resources, where he co-leads the Stress, Structure & Seismic Research Group. Simon has published ~90 papers on the prospectivity and tectonics of rifted margins, petroleum geomechanics and magmatism in basins. Simon has successfully supervised ~10 PhD students and ~50 Honours and Masters students. Simon has a PhD from the University of Birmingham and a BSc(Hons) from Keele University. Simon has won multiple awards, including Best Paper prizes at APPEA 2012 and AEGC 2019, and the Geological Society of Australia’s Walter Howchin and ES Hills medals. Simon was President of the SA/NT branch of PESA during 2015-2017.