SPWLA Distinguished Speaker Series. Formation bulk density is classically measured by irradiating the formation with gamma rays emitted by a 137Cs source, and counting the Compton scattered photons returning to the gamma ray detectors in the well logging instrument. For at least three decades, service companies and operators have tried to find ways to eliminate the risks of handling, transporting, and storing logging sources and the issues associated with losing a source in a well.

The continued success of 137Cs sources in density logging shows that attempts at their replacement have been unsuccessful due to the insufficient measurement quality or lack of practicality of alternative logging instruments. An X-ray density pad sonde was engineered to measure bulk density without a radioisotopic source. The pad contains a rugged, compact X-ray generator with an endpoint energy larger than 300 keV. The core of the tool is the generator, which emits a controlled, focused, stable X-ray flux into the formation. The scattered X-rays are detected by strategically placed scintillation detectors.

The pad tool architecture significantly reduces the effects of standoff and borehole rugosity compared to a mandrel design. Modeling and experimental data prove that the physics of the formation density measurement using a sonde with an X-ray generator and scintillation detectors can be described in the same way as the traditional density measurement, which is based on a monoenergetic gamma ray source. Although the 137Cs gamma-ray source density measurement and the X-ray density measurement differ in the relative magnitude of the responses to formation density and lithology (photoelectric factor, PEF), the fundamental physics is the same. An endpoint energy above 300 keV ensures that the transport and attenuation of X-rays in the formation are dominated by Compton scattering, like the attenuation of gamma rays from a 137Cs source. The contribution of the photoelectric absorption to the attenuation of the X-rays is increased, but it remains much smaller than the effect of Compton scattering, making the corrections for lithology and borehole fluid straightforward.

A characterization database was acquired to probe the physics of the measurement and to derive robust density and PEF algorithms. Plots of near- and far-detector count rates for different mudcake thicknesses and mud types show spine-and-ribs behavior like 137Cs -based density tools. Field logs acquired in wellbores give a tantalizing perspective of the benefits of X-ray density measurements. Improved precision and vertical resolution logs in several operator wells show the maturity of this breakthrough technology and its ability to perform successfully in typical oilfield conditions. 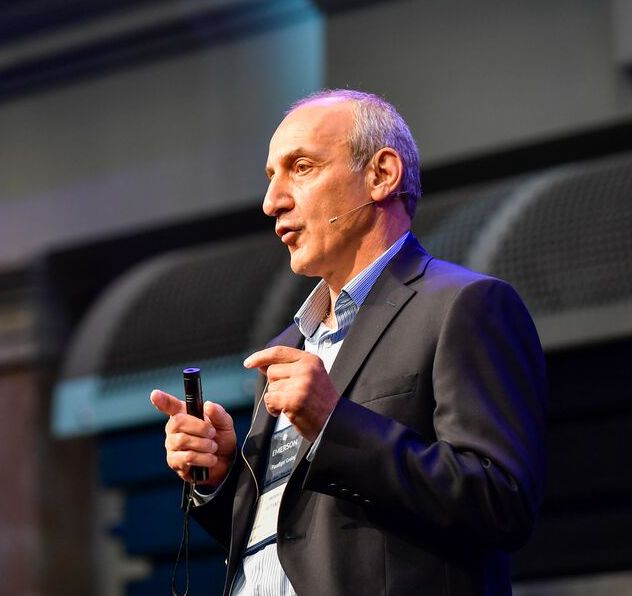 Avto Tkabladze is a Nuclear Advisor at Schlumberger’s Houston Formation Evaluation Integration Center in Sugar Land, Texas. He is involved in the design, characterization, and algorithm development for nuclear logging tools. Currently, he is the lead physicist of the X-ray density tool project. Before joining Schlumberger in 2007, he worked in theoretical and experimental particle physics at DESY (Germany) and Jefferson Lab (USA). He received a PhD in theoretical particle physics from Tbilisi State University, Georgia, in 1990.